I offer a number of treatment modalities, and also combine them when appropriate so as to be able to offer everyone a personal treatment that suits them.

You can find some information here about the modalities I find most helpful for common health problems. 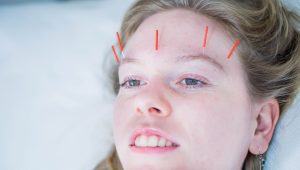 “Wow, after two weeks with no let-up the stabbing pain in my hip is gone!” – S., snapping hip syndrome

Acupuncture has been recognized by the World Health Organization as being effective in treating nearly 100 different health conditions, including:

Back, Knee, Neck and Shoulder pain

Correction of malposition of fetus

Which is great, but how can sticking a needle in your knee make your stomach stop hurting?

When the human body is being formed before birth there is a system responsible for controlling which cells turn into what parts of the body. Part of this system are cells called organizers.

While an embryo is growing before birth the organizer cells mark the dividing lines between different organs and control the development of cells around them, and in adults they help regulate the nervous system.

When these cells are stimulated with pressure, heat or electricity, it has a much stronger effect on the nervous system than the same stimulation on other parts of the body.

3,000 years ago Chinese physicians and philosophers had no way of knowing all that, but through hundreds of years of practical research and experience they learned that there were points on the skin and in the muscles that had a variety of beneficial effects on other parts of the body, and eventually developed their knowledge and experience into the system of acupuncture we use today.

Acupuncture treatments are performed using small, sterile, single-use needles to stimulate acupuncture points. Needles are used because they let practitioners be very precise in the choice of points, and can stimulate areas both on the skin and deeper in the muscle.

Acupuncture is very effective alone, but can also be combined with other modalities such as cupping, Herbal Medicine, Reflexology, and Tuina.

To ask a question, or make an appointment, click here.

“I know this should taste gross, but I want more. My body thinks it’s the best thing ever!” H., age 11

Every culture has its own herbal medicines. What sets the Chinese herbal tradition apart is that we have a written record going back more than two thousand years describing the effects of various herbs and herbal formulas on different diseases. This allows us to learn from an amount of experience and research that is unparalleled in the world of natural medicine.

Chinese herbal medicine is an integral part of Chinese life and the Chinese kitchen. Once when I was studying in China I saw a sick young man consult a doctor and receive a prescription for chicken soup with a specific list of herbs. The pharmacist sent him to a restaurant to get the prescription filled.

In addition to chicken soup, Chinese herbal medicine has recipes for everything from supporting the immune system to formulas for thinning hair. There are formulas for treating asthma and allergies, for anemia and fatigue, for stress and stomach flu, for fertility, pregnancy and postpartum conditions, and even for jet lag and hangovers.

Most importantly, after proving themselves through hundreds, or in some cases thousands, of years of practical experience, the formulas on the shelves today tend to work pretty darn well. 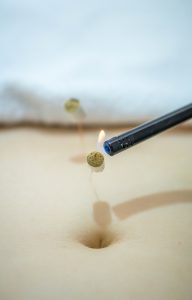 Moxibustion is the practice of burning dried mugwort leaves called ‘moxa’ on or near the body in order to increase blood circulation and stimulate Acupuncture points.

Moxibustion can be an essential therapy for people who suffer from persistent weakness, fatigue, chronic illness or cold in the body, all of which are symptoms of lack of energy.

While Acupuncture, Reflexology and Tuina stimulate the nervous system and the immune system to activate the body’s internal healing ability, moxibustion is one of the few ways to actually channel external energy (i.e. heat) into the body.

Moxibustion can be performed in a variety of ways, all of which cause a pleasant sensation of heat without risking burns.

One of the most common methods is to burn a small amount of moxa placed on the upper end of an acupuncture needle, letting the needle carry the heat into the body. This enables the practitioner to combine the energizing effect of moxibustion with the accuracy of acupuncture.

Another common technique is to use a cigar-like stick of moxa, holding it about an inch above an acupuncture point or moving it to and fro over an area of pain or poor circulation.

Reflexology is a very effective form of treatment for back pain, knee pain, sciatica and shoulder and neck pain, and also for stress related issues such as anxiety, digestive problems and headache.

In a reflexology treatment, the practitioner uses their hands to apply pressure to various areas of the foot that correspond to muscles, bones, nerves and internal organs. The reflex areas of the foot function similarly to Acupuncture points and have a strong effect on the nervous system when touched.

The goal of reflexology is to release stress and regulate the body’s nervous system, enabling the body to do a better and faster job of healing itself.

The treatment itself is very pleasant and calming. People receiving reflexology treatments often fall asleep during the treatment and wake up at the end feeling relaxed and refreshed.

For pain, I often combine Acupuncture with reflexology and other modalities such as cupping, Sotai or Tuina as needed. For problems relating to stress I usually combine reflexology with Acupuncture and Chinese Herbal Formulas that treat stress. 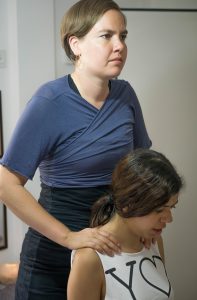 “Definitely the most effective treatment I ever had.” L., personal care attendant

Sotai is a Japanese movement therapy used to treat muscle pain and joint dysfunction. It is different from many forms of therapy because it treats pain and injury using only movements that do not cause pain or discomfort.

In sotai the patient and practitioner work together to perform sets of painless and easy exercises that release muscular strain and imbalance. Sotai theory holds that pain is a stop sign: if something hurts, the patient should not do it.

Sotai was developed by Dr. Keizo Hashimoto, a doctor who served in the Japanese army in World War I and afterwards specialized in neurology and became a neurosurgeon. Later he studied Chinese medicine and kinesiology while looking for ways to provide better care for his patients. He created the sotai exercises to treat pain and rehabilitate injuries that surgery was unable to cure. 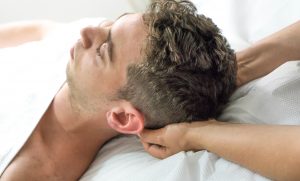 Tuina is a Chinese therapeutic technique that combines aspects of massage and physiotherapy. The name ‘Tuina’ is formed from two Chinese words, tui = push/press and na = pull/squeeze. Practitioners also roll, knead, shake and tap muscles, joints and Acupuncture points in order to move blood through the muscles and release tension from the connective tissue of the body.

Tuina is very effective for muscle and joint pain, including such problems as carpal tunnel syndrome, frozen shoulder, knee and ankle pain, neck and back pain, sciatica and tennis elbow.

Tuina protocols for pain are usually more intense and focused than medical massage, and the practitioner works both on the problem area and on points around the body that stimulate the nervous system and the immune system.

There are also tuina protocols for strengthening the immune system and treating various non-pain problems, including colds and asthma, diarrhea and constipation, headaches, insomnia, PMS and irregular menstruation, and even symptoms of menopause.

Tuina treatments are often combined with Acupuncture to treat both pain and internal problems.