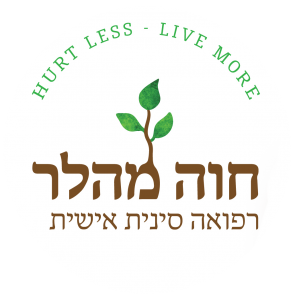 When I was a small child, my mother had a friend who liked to say that there are no such things as problems. He said that anything that looks like a problem is actually another-fucking-opportunity-for-growth. He would say it all as one word, and use it to describe a large variety to events. It took me a while to parse the actual meaning of the sentence, but as soon as I understood what he was saying, I fell in love with his philosophy.

A few weeks ago I was babysitting a puppy with severe anxiety. As may have been expected, I was not getting much sleep that night.

I was lying awake in the early hours of the morning, playing the if only game. You probably know the one.

I wouldn’t mind the neighbors making so much noise if only it weren’t my day off/if only I weren’t trying to work/if only I didn’t have guests over.

I had come to the conclusion that I wouldn’t mind being kept awake all night if only I were gettin something productive done. Like fold laundry, or work on a blog post, or write my grandfather. But of course, that would disturb the puppy, who would wake up and cry every time I moved, made any noise, or started drifting off to sleep.

Then I remembered the another fucking opportunity for growth philosophy. Is it possible that there was truly no value in this experience?

After all, I want to have children one day, and babies are notorious for waking up and crying in the early hours of the morning. And here I was getting hugely valuable practice in staying calm and soothing while feeling overwhelming rage at being woken up yet again. My prayer and meditation practice was being put through a live test, and I discovered a few areas that I definitely need to work on.

In the long run, it may well be that being present for that miserable night was the most productive thing I did that week. It was probably the thing that will most directly contribute to becoming a good enough parent, and I don’t know many things more important than that.

Have you ever successfully transformed a negative experience into one that had value and meaning for you?

Hi! I’m Havva Mahler, a practitioner of Chinese medicine: acupuncture, Chinese herbs, tuina, reflexology, sotai and massage and a lifestyle, motivation and nutritional consultant. You can normally find me at my clinic in Be’er Sheva or Sderot, or reading something about health and/or motivation. If you would like to read more random health-and-wellness related ramblings sign up here to get future blog posts delivered by email.